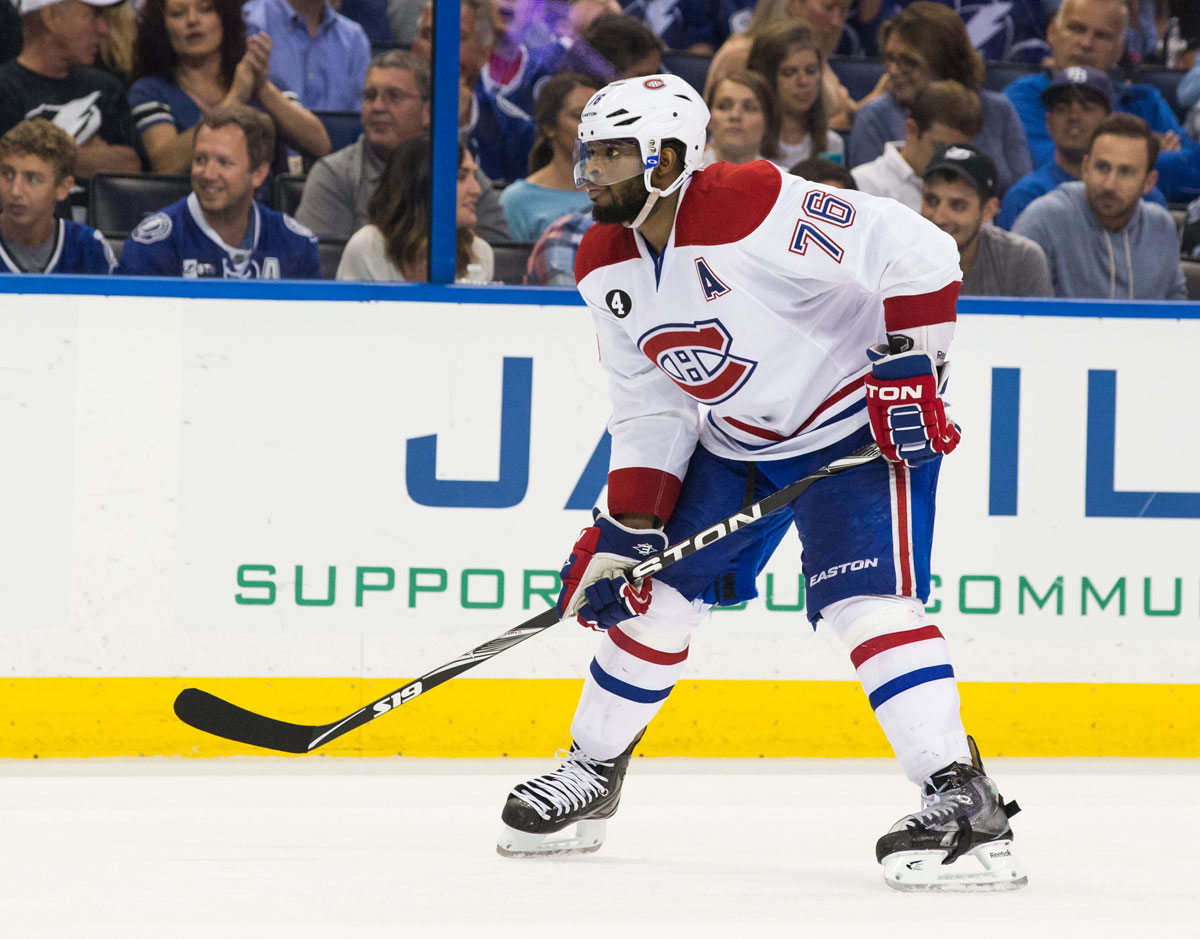 Top Ten Villains- The guys that fans love to hate.

10) John Scott– The 6 ft. 8, 32-year-old punching bag who has played at both defensemen and left wing for various teams in the NHL, has been the recipient of several suspensions. Scott, who recently signed with the Arizona Coyotes, has had several epic bouts with arch nemesis, Tim Jackman. The first of these earned him a spot in “Goon Hall of Fame” when he came off the bench not during a line change and leveled Jackman which escalated into an all-out brawl.  An act that cost him two games in the 2014 season.

9) Daniel Carcillo– Danny “Car Bomb” has won two Stanley Cups as the Chicago Blackhawks small, but effective enforcer. Along with being involved in the first fight in Winter Classic history, Carcillo also served a six game suspension, and a steep $40,000 fine for delivering an ill-tempered cross-check to Winnipeg’s Mathieu Perreault. This served as Carcillo’s 12th fine or suspension in his first nine NHL seasons.

8) Steve Ott– The previous 1st round pick (25) of the Dallas Stars has become the St. Louis Blues go to tough guy at the end of the bench. His most famous goon-like behavior came in 2009 while with the Stars, where he received a game misconduct for attempting to gouge Travis Moen’s eye, claiming it was accidental. During the 2014 playoffs he ran wild, frustrating Minnesota and former trade companion Chris Stewart in a losing effort in the 1st round of the playoffs.

7) Matt Cooke– Possibly the most infamous head-hunter of the concussion era in the NHL. In recent years Cooke has curbed his game to be more in line with the rules, but suspensions from hits on players such as, New York Rangers Captain Ryan McDonagh in the 2011 playoffs. This resulted in the longest suspension of his career, and may be what he’s most remembered for.

6) Steve Downie– Known as a pest since his days in Junior hockey, Downie has left his mark as a little big man in the NHL. After serving time with Tampa Bay, Pittsburgh, and Colorado he recently signed with the Arizona Coyotes. He may be most remembered for his antics during his first stint with the Philadelphia Flyers organization in 2009. While with the AHL Philadelphia Phantoms, Downie left his feet to deliver a check into the boards on to unsuspecting Dean McAmmond, a hit that cost him a 20 game suspension in the time when hits that cause head injury were coming under their most critical judgments.

5) Ryan Kesler– For years in Vancouver’s Kesler played his role as the muscle while the Sedin brothers portrayed the brains of the operation. His aggressive style of play, and no nonsense leadership helped take an overachieving team to a Stanley Cup Final appearance in 2010. Since joining the Anaheim Ducks last season Kesler brought the same intensity to a team that desperately needed attitude. Recently, he signed a six year; $42 million contract to continue his chirps, his physicality, and his agitator style in Anaheim until possibly the end of his career.

4) Brad Marchand– Marchand’s in your face style of play can be described as a particular skill set. “Pest” best describes the 5 ft. 9 Halifax raised hockey player.  Simply put, Marchand can be brilliant with the puck. He is able to pass and shoot from both wings, but he can also be hard to watch with such unprofessional behavior. His antics such as clipping opposing players and diving (in an attempt to get calls) brings him to a new level. In 2014 he served a two game suspension for such a dive versus New York Rangers Derrick Brassard.

3) Milan Lucic– A true throwback to old time hockey. Lucic will put a Gordie Howe hat trick on the score card and steal your girlfriend after the game. Opponents seem to be unable to match the 6 ft. 4 forward’s physical play during most nights. Most infamously known for breaking goal tender Ryan Miller’s leg in the 2011-12 season. Lucic has since had a colossal target on his back. That target became bigger in recent years due to a unforgettable handshake with Dale Weise. Struggles on the ice, and now an off-season trade to the bad boys of Los Angeles will make his career even more exciting. If anyone has the strength to shoulder the pressure of tinsel town, it would be Lucic.

2) Alexander Ovechkin- The talent of a generation. Overshadowed by a Canadian son. Alexander Ovechkin is the Lex Luthor of the NHL, as most see it. He’s Russian, he’s flashy, he’s loud, and he’s entertaining. All the things NHL superstars are not supposed to be. In recent years, his antics like Mohammed Ali before him may have cost him with hockey traditionalists, but have won him the youth. A three-time Hart Trophy winner, he’s recorded six 50+ goal seasons, and is a sure bet, first ballot Hall of Famer with his eyes still fixated on winning a Stanley Cup.

1) P.K. Subban– How does one describe a villain by NHL standards? Contract disputes? Questionable trash talk tactics? Loud post goal celebrations? Agitator? Pest? Goon? An ability to influence the game from both sides of the puck? P.K. Subban checks all the boxes. He is “neon” Deion Sanders on skates. No one likes to watch a show-boat unless that show-boat is wearing your teams’ logo. The Norris Trophy winner in the strike shortened 2013 season, Subban has been a large part of the recent Montreal Canadiens resurgence.  This past season he was given an “A” on his sweater. Proving that the eight year, $72 million contract he signed will keep him as Montreal’s modern day Bobby Orr for a new generation of diehard Hab fans.

Born and raised in Mesa, Arizona and introduced to hockey at an early age by his brother-in-law Will was benefitted by the Winnipeg Jets move to the valley. As a teen he joined the AZ Desert Youth Hockey Association (DYHA) competing in the Minor Division before promoting to the Premiere League Tier II Division. He also played at the famous ‘Spectrum Arena’ facilities for Inline Hockey Association Arizona (IHAAZ) in Chandler as a part of team ‘GEAR DRIVE’ a top travel program. He continues to participate in Coyote Adult Hockey Leagues in both Chandler and Scottsdale. He attended Mesa Community College and studied Business and Creative Writing while on a Journalism Scholarship. The father of 3 is currently an Operations Manager for ELITE PERSONAL TRAINING AND GYM in Mesa, AZ.