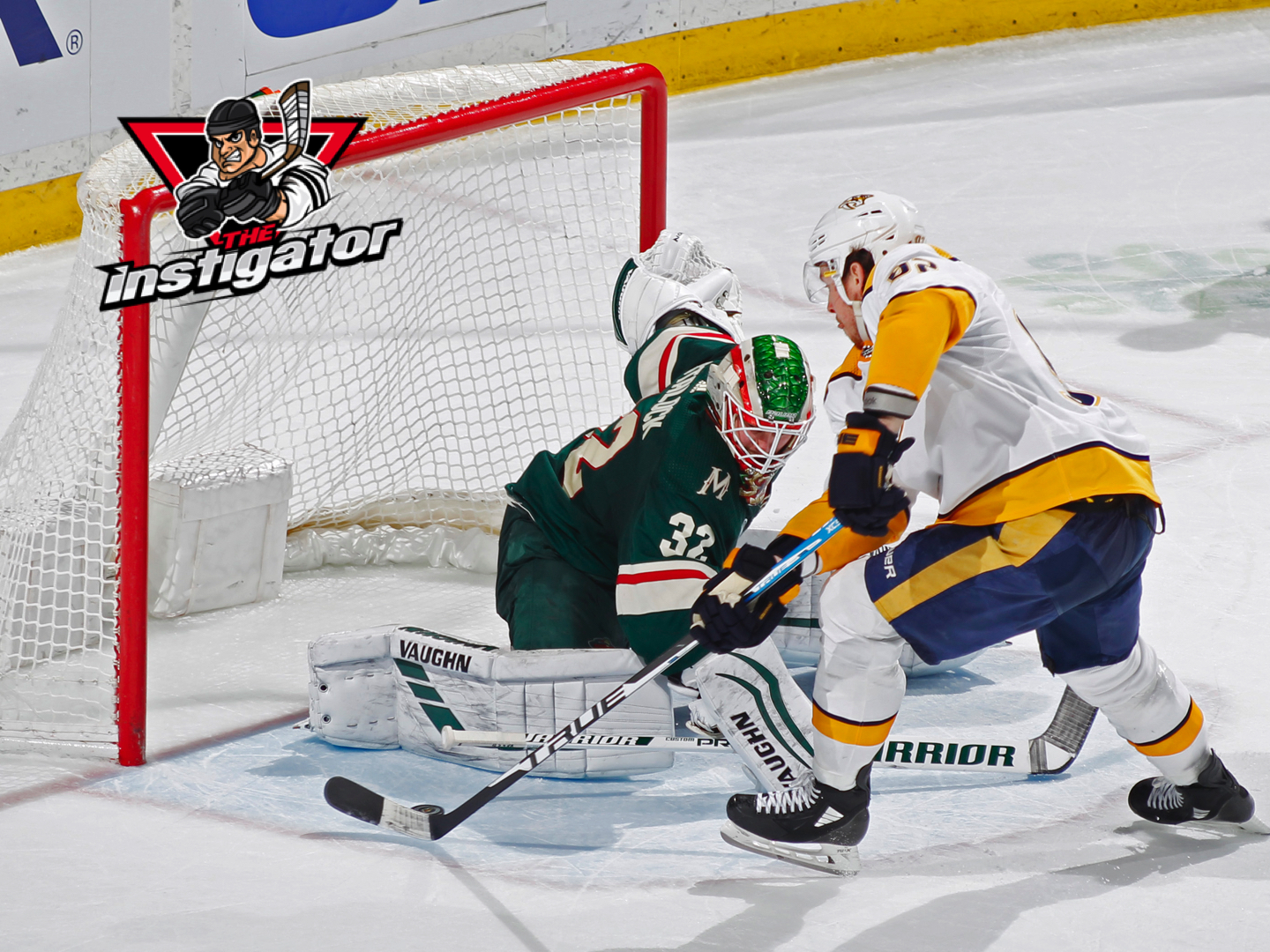 Listen to “The Instigator – Episode 26 – Shootouts “It’s a Mockery”” on Spreaker.

The Minnesota Wild were beat twice by the Nashville Predators forward Ryan Johansson in shootouts this week. Goalie Devan Dubnyk is not happy about it.  Sunday, Johansson beat backup netminder Alex Stalock in the shootout and last night, it was Dubnyk’s turn. Both times, the Predators forward showcased his quick hands, however, Dubnyk believes that he is using filthy tactics as he slowly approached the net, adding that Johansen is making a “mockery” of the breakaway competition. Actually does anyone even like the shootout. Brad Burud discusses these controversial plays and gives his opinions on the shootout.