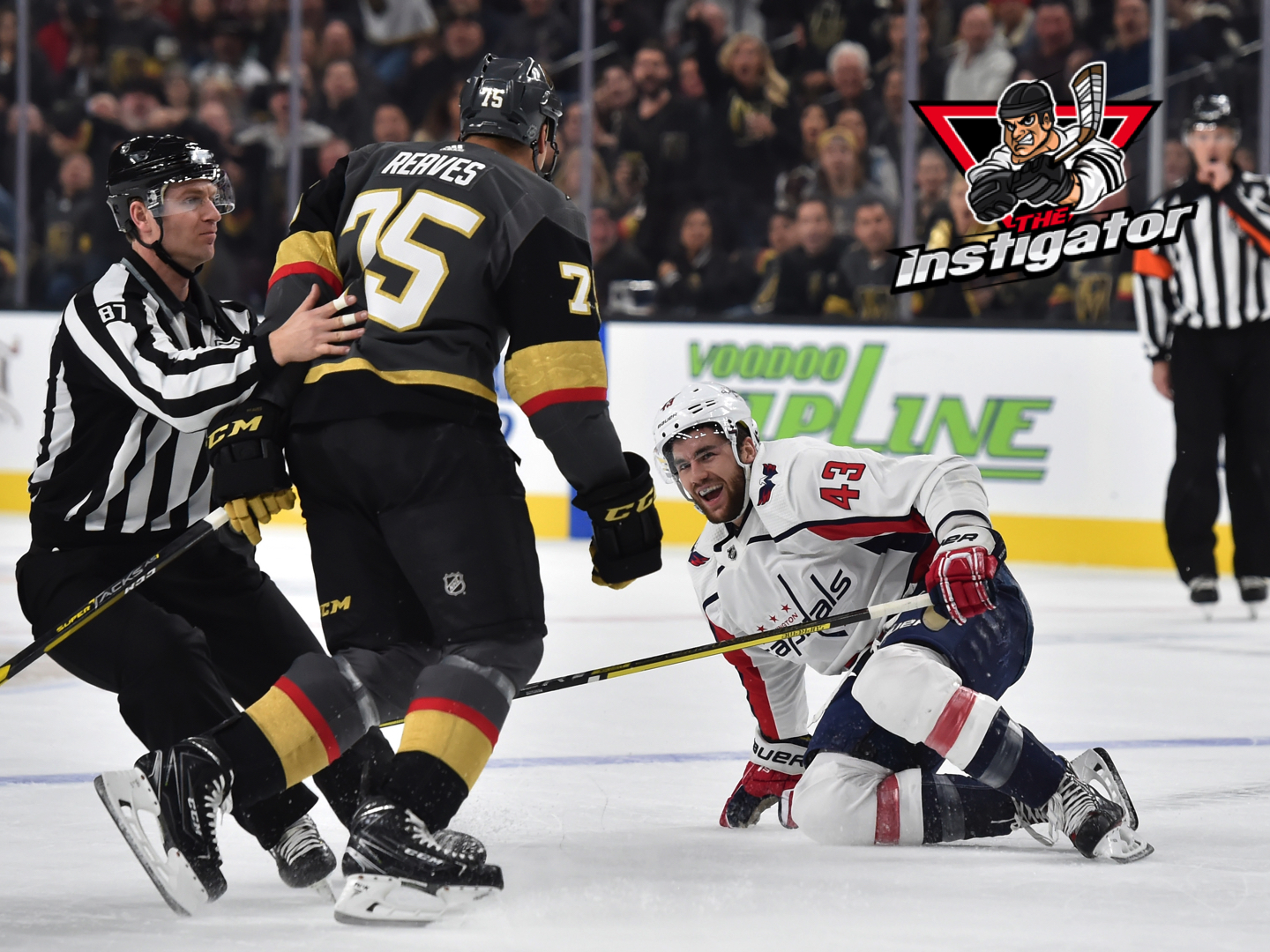 Listen to “The Instigator – Episode 20 – Reaves Night of Revenge” on Spreaker.

Vegas Golden Knights tough guy Ryan Reaves got his revenge on Washington Capitals enforcer Tom Wilson. It came with a vicious blind sided hit. Was it revenge for beating them in the 2018 Stanley Cup Finals or was it revenge for all of the dirty hits and players he has injured over the past few years. I am guessing the latter of the two. Wilson has a reputation of being a predator. Well on this night of revenge, he became the victim. It delighted many, now I don’t want any player hurt, but I think we all chuckled when the controversial player got a bit of his own medicine.