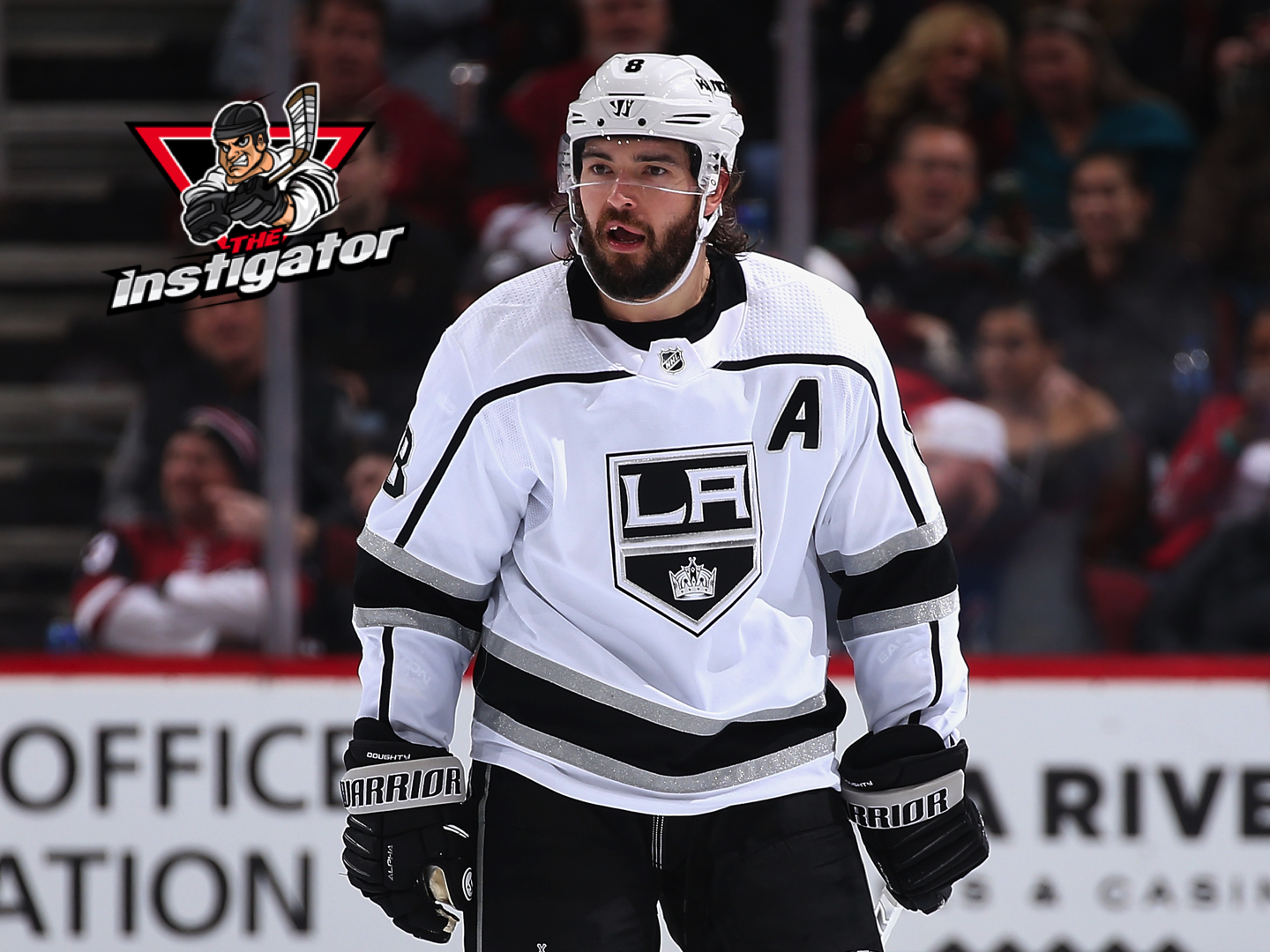 Doughty: Criticism to Boost Your Ego

Listen to “The Instigator – Episode 28 – Doughty: Criticism to Boost Your Ego” on Spreaker.

This week Los Angeles Kings defenseman Drew Doughty set the hockey world a buzz with this comments prior to a game in Calgary. He praised Mark Giordano, but criticized Brent Burns and Erik Karlsson on their defensive capabilities. He then took aim at Matthew Tkachuk of the Calgary Flames. He claimed that he has no respect for Tkachuk and either does the rest of the leagues players. Well some strong words, but I just don’t understand his reasoning. 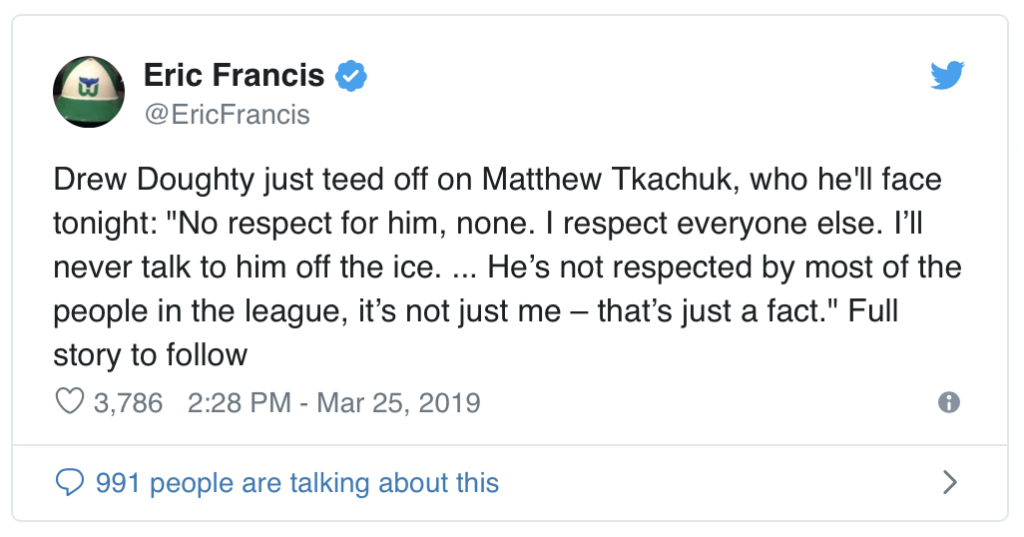 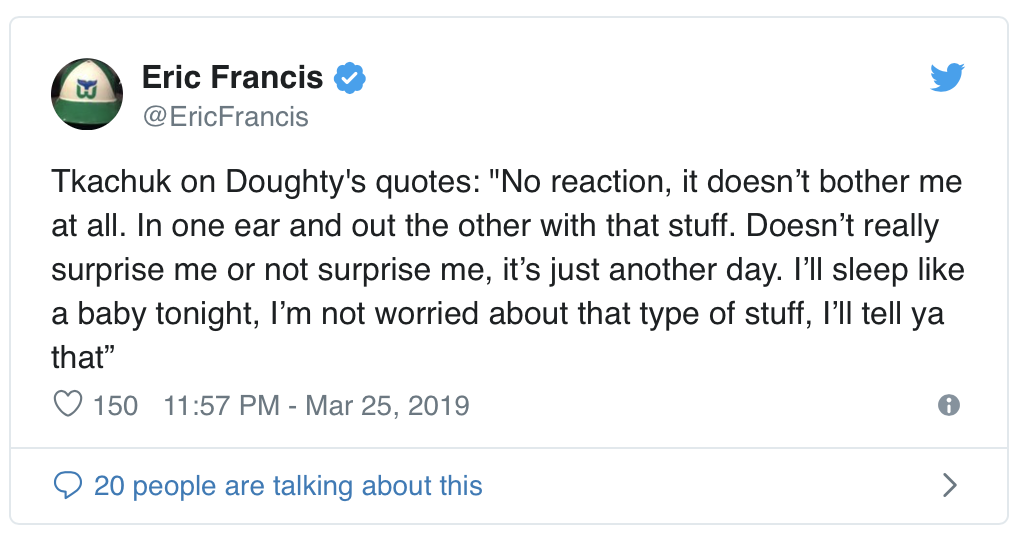