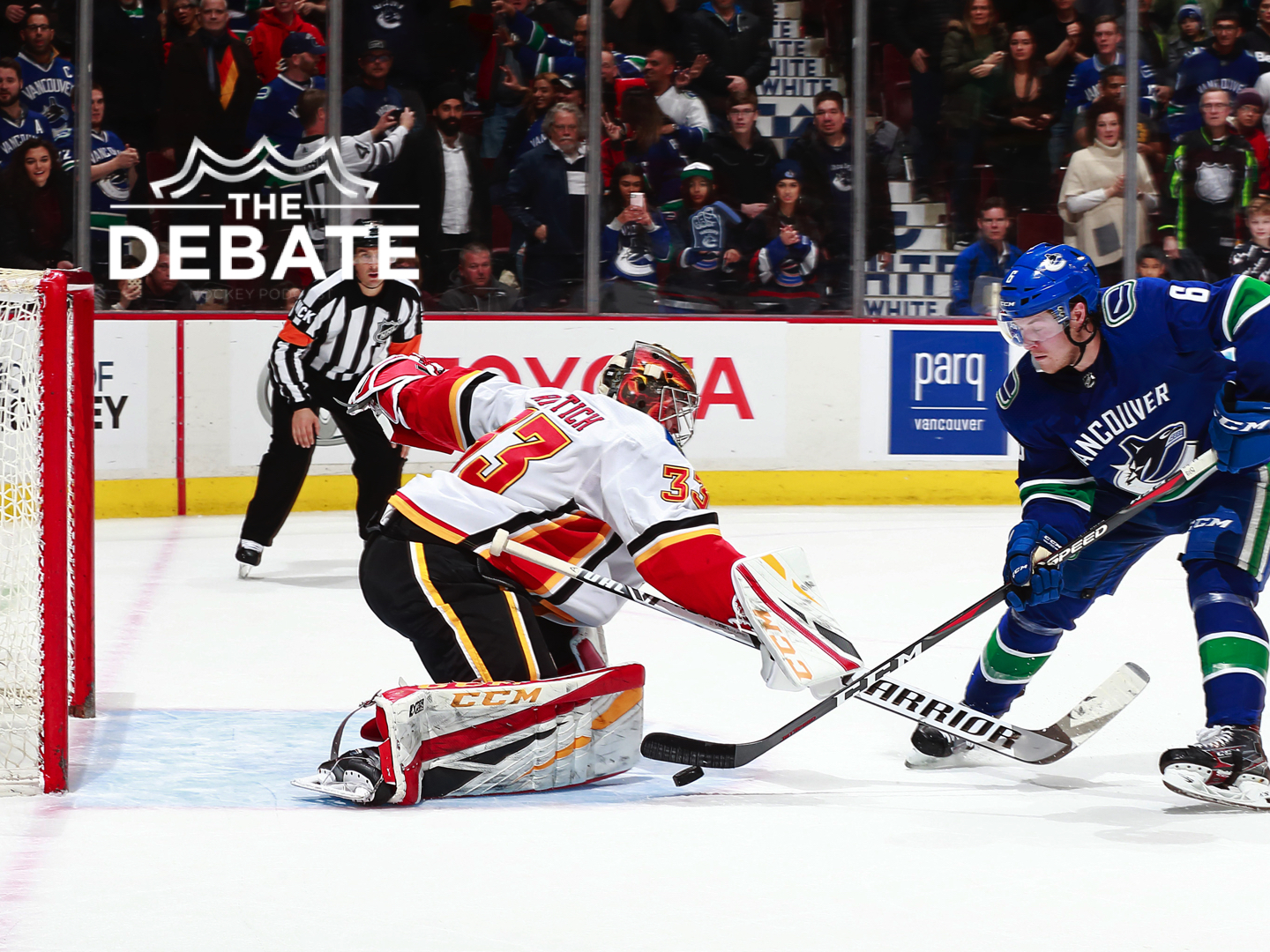 Home Anaheim Ducks THE DEBATE – Hockey Podcast – Hey! We are fans too…

Hey! We are fans too…

It is our most selfish episode ever, but a damn good one. Brad Burud and Blake Friars talk about what they love. It is time to talk about their favorite teams. Blake talks about why he is a Vancouver Canucks fan. Talks about his greatest moments as a Canucks fan and tells you why he thinks they will make the playoffs this season. Brad tells the story of how he became a Calgary Flames fan. Talks about the amazing run in 2004 and the disappointment that followed. He also talks about this years squad and tells you what he likes and dislikes. Then it is on to a discussion about the best day of the NHL season. Is it opening night, deadline day, or the start of the Stanley Cup Playoff? Let the debate begin. After a quick trip around the leagues news they dive into three questions. The questions will not disappoint.