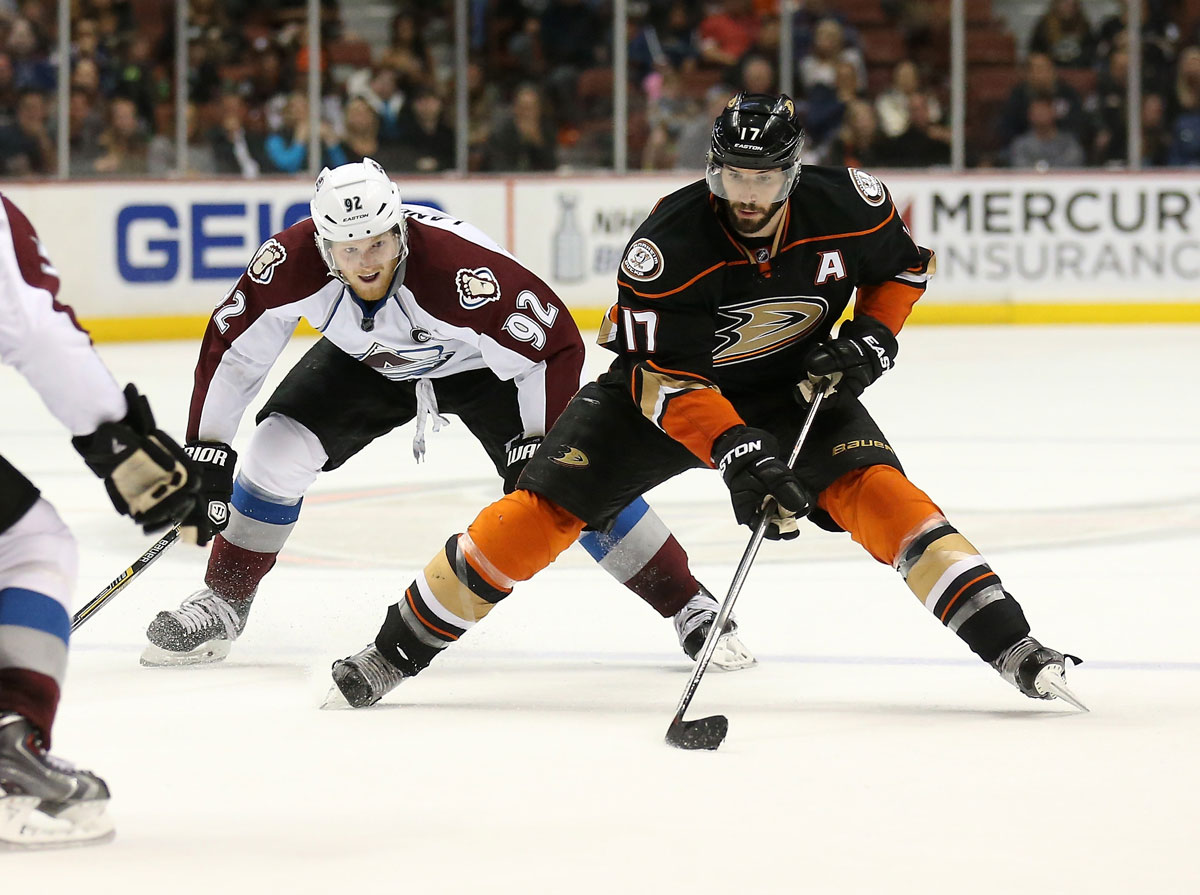 It is Stanley Cup Playoffs time, and time to make our bold predictions.  Let me tell you it does not get easier each year.  I went back and forth, over and over trying to determine who I think will advance their way to the Stanley Cup. 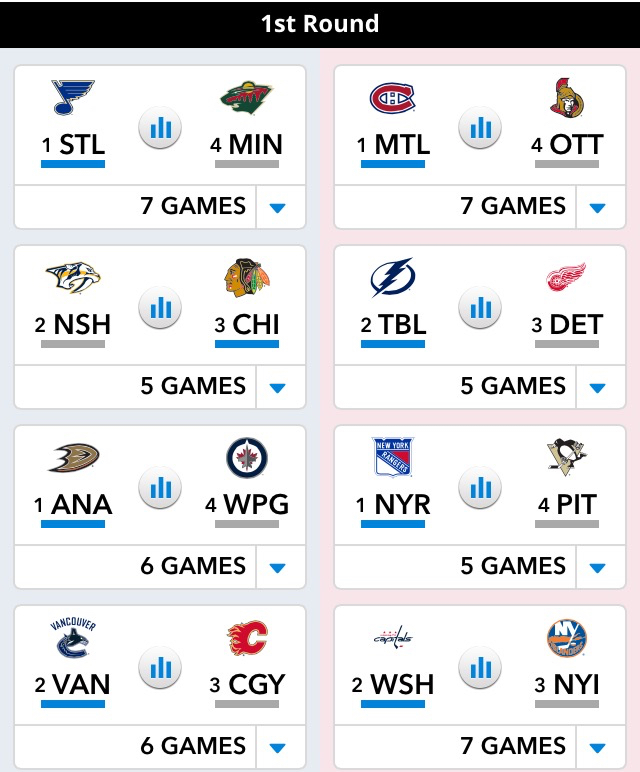 In the first series in the Western Conference I have the St. Louis Blues getting past the Minnesota Wild in 7 games.  It will be a back and forth series, but the experience, and depth of the Blues will overcome the Cinderella story of Devan Dubnyk. In series two the Chicago Blackhawks with roll past the Nashville Predators in 5 games.  The Hawks are just to playoff seasoned and deep.  I mean deep, they can run four solid lines, and this will be just too much for the Predators.  In what I feel will be the best first round series I have the Anaheim Ducks overcoming the strong Winnipeg Jets.  This will be a classic matchup of big, strong, bruising teams.  Anaheim’s scoring depth will outmatch the Jets.  In the final Western Conference series I have the Vancouver Canucks knocking off the Calgary Flames in 6 games.  The gritty Flames will not be able to hold up to the Sedin twins.  The Flames have been fighting for three months now, and I don’t think they can continue this pace.

In the Eastern Conference the Montreal Canadiens will win the battle over the Ottawa Senators in 7 games.  The success of Hammond will not continue in net, and Carey Price will be king for the Habs.  In series two the Tampa Bay Lighting will race past the Detroit Red Wings in 5 games.  Just too much scoring in Tampa, and unproven goaltending in Detroit.  The favorite New York Rangers will cruise past the Pittsburgh Penguins in 5 games.  They are clicking, and the Pens are struggling.  Not a good combination.  In the final series the Washington Capitals will sneak past the New York Islanders in 7 games.  This will be a very tight series, that will feature numerous overtime games.  I just think the Capitals will find a way. 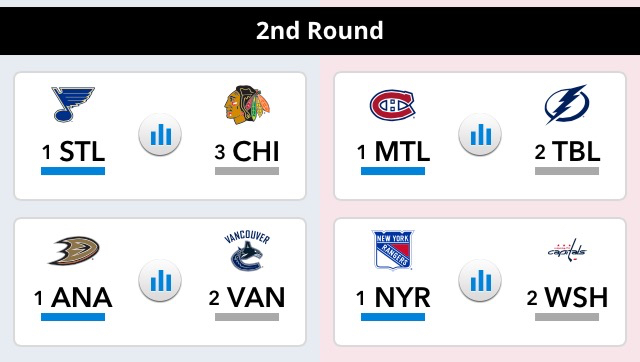 Well the decisions did not get any easier in the second round.  In the Western Conference the St. Louis Blues will silence the doubters by knocking off the Chicago Blackhawks in 6 games.  Jake Allen will prove himself in net for the Blues, and the Blackhawks will wear out.  They have played a ton of games in the past five years.  In the second series the Anaheim Ducks will out hit, out score, and dominate the Vancouver Canucks in 5 games.  This is the series the Ducks hit full-stride.

In the Eastern Conference the Montreal Canadiens will outlast the Tampa Bay Lightning in 7 games.  Price will hold the fort, and timely scoring will push the Habs past the Lightning.  In the other series the favorite New York Rangers will cruise past the Washington Capitals in 5 games.  Here is where the Rangers goaltending and depth pays off.

In the Western Conference Finals the Anaheim Ducks will out hit, and eventually out score the St. Louis Blues in 6 games.  The addition of Ryan Kessler to the Ducks second line will give Ryan Getzlaf better line combinations, and the Ducks will prevail.  In the Eastern Conference the Montreal Canadiens will slide past the favorite New York Rangers in a hard-fought 7 game series.  The Habs will find scoring from unlikely sources, and will surprise the New York Rangers. 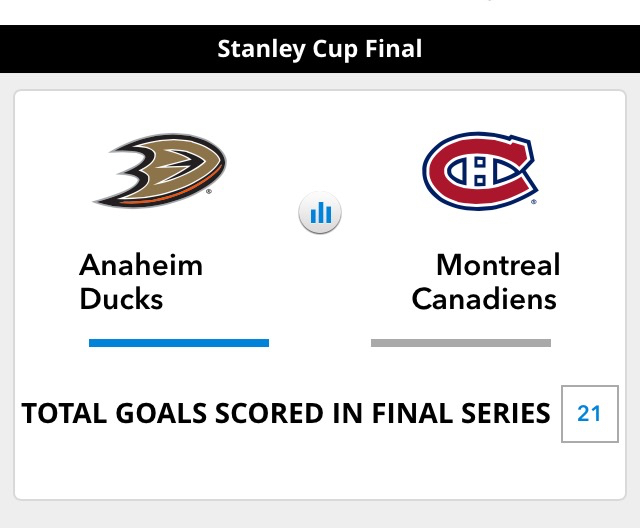 The Stanley Cup will be staying in California this year, and it is definitely not staying with the Los Angeles Kings — it’s the Anaheim Ducks.  After years of great teams, and playoff failures the Ducks will knock off the Montreal Canadiens in 5 games.  They will out hit, and show their depth against the Canadiens.  Getzlaf, Perry, and Kessler will finally hoist the Stanley Cup. 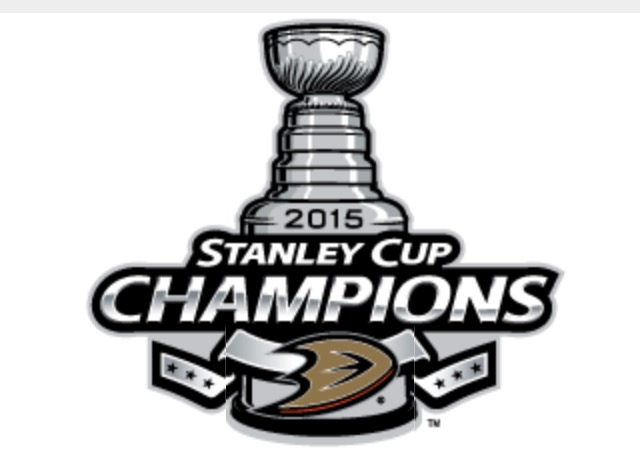