The Columbus Blue Jackets continue shock the hockey world.  After losing numerous key players during the off-season the Blue Jackets hit 69 points.  They have won three games in a row and have rattled off a 9-0-1 record in the last ten games.  They now find themselves in the number seven spot in the NHL Power Rankings.  The Lightning continue to hold the top spot.  Montreal has also played themselves back into playoff contention with a 7-3-0 record in their past ten.  Teams moving the wrong way at the wrong time of year are the Calgary Flames (dropped 8 spots) and the Vancouver Canucks (dropped four spots). 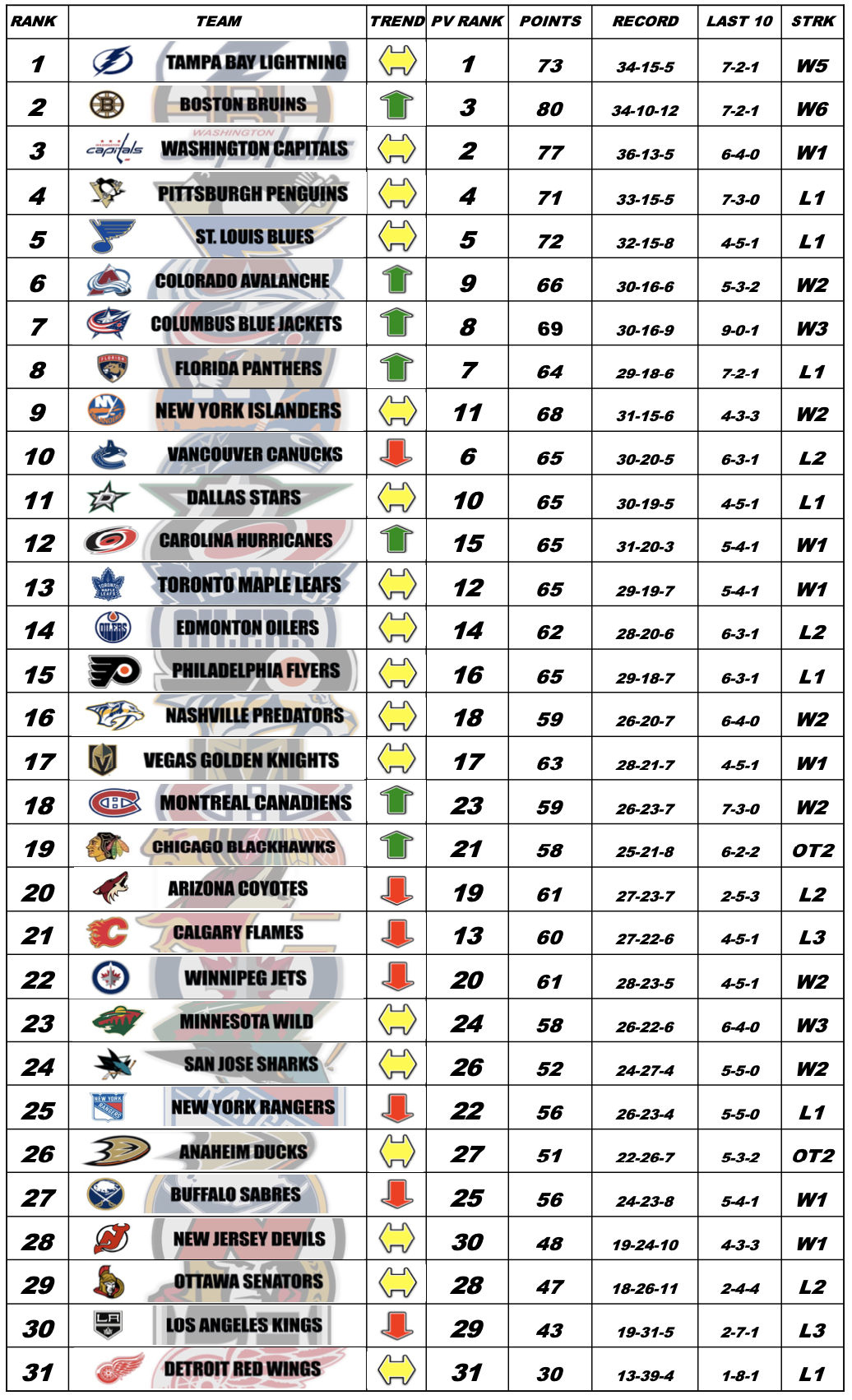