This was probably the most in season changes I have ever seen in the power rankings.  Teams are surfacing to where they belong.  The Washington Capitals move up a spot in to the top of the ranks.  The St. Louis Blues move up three spots into number two, and the red hot New York Islanders move up to four.  Calgary, Toronto and Winnipeg all move up eight spots.  Teams moving the wrong direction.  Carolina and Buffalo make record breaking drops.  Carolina from 8 to 20, and Buffalo from 6 to 18, yikes.  Colorado moved from four to eight and a big part of that was injuries. 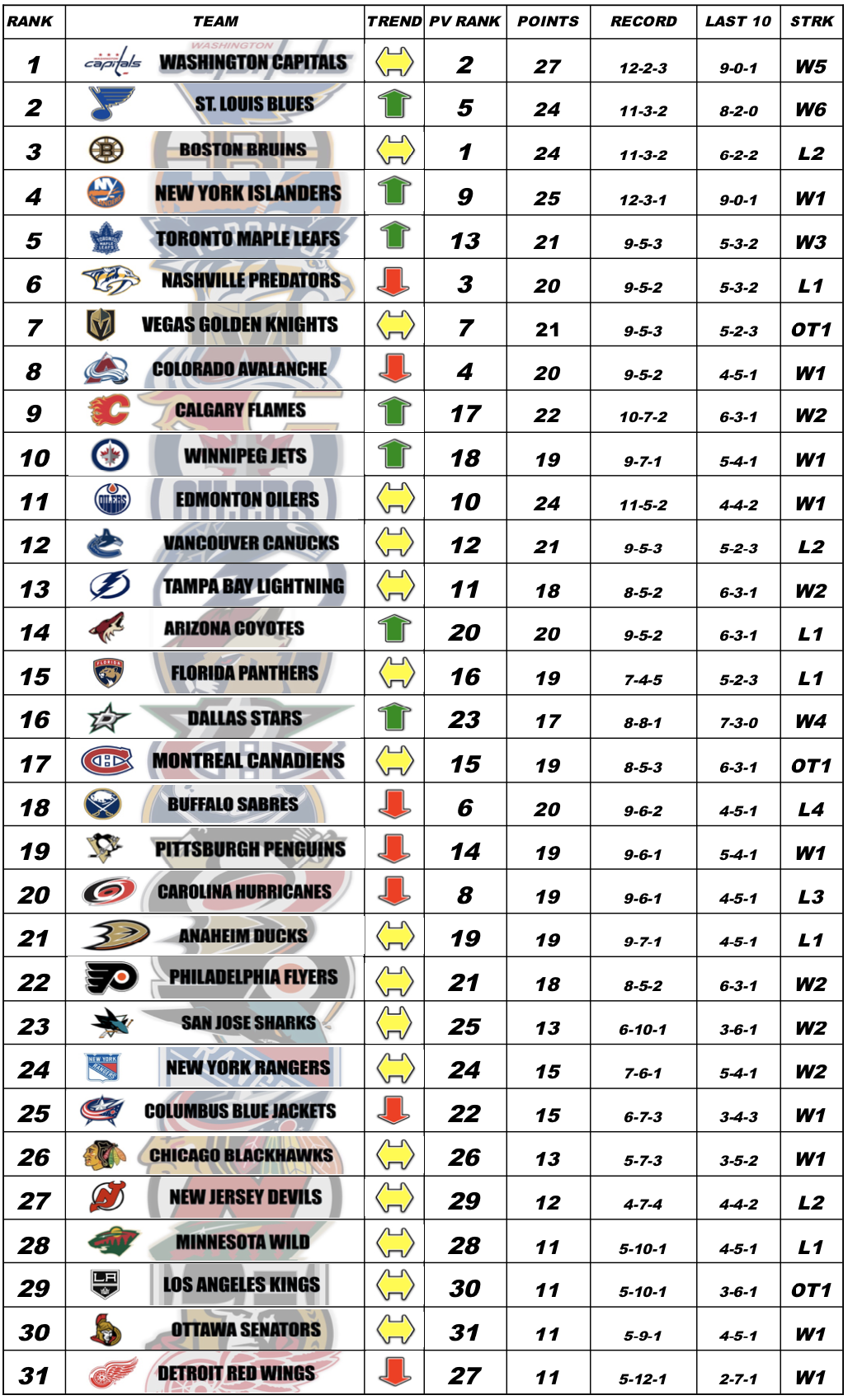