The Toronto Maple Leafs finally have things rolling.  This week they jump seven spots into the #8 rank spot.  The Washington Capitals continue to hold the top spot with the St. Louis Blues close behind.  Philadelphia jumps five spots and a 7-3 record in the past ten has the Montreal Canadiens on the move up.  Look out for Pittsburgh as they move into the top five and Columbus has put a nice run together.  On the negative, the Sharks have dived downward with a 1-7-2 record in their last ten games, and the Golden Knights have also dropped seven spots. 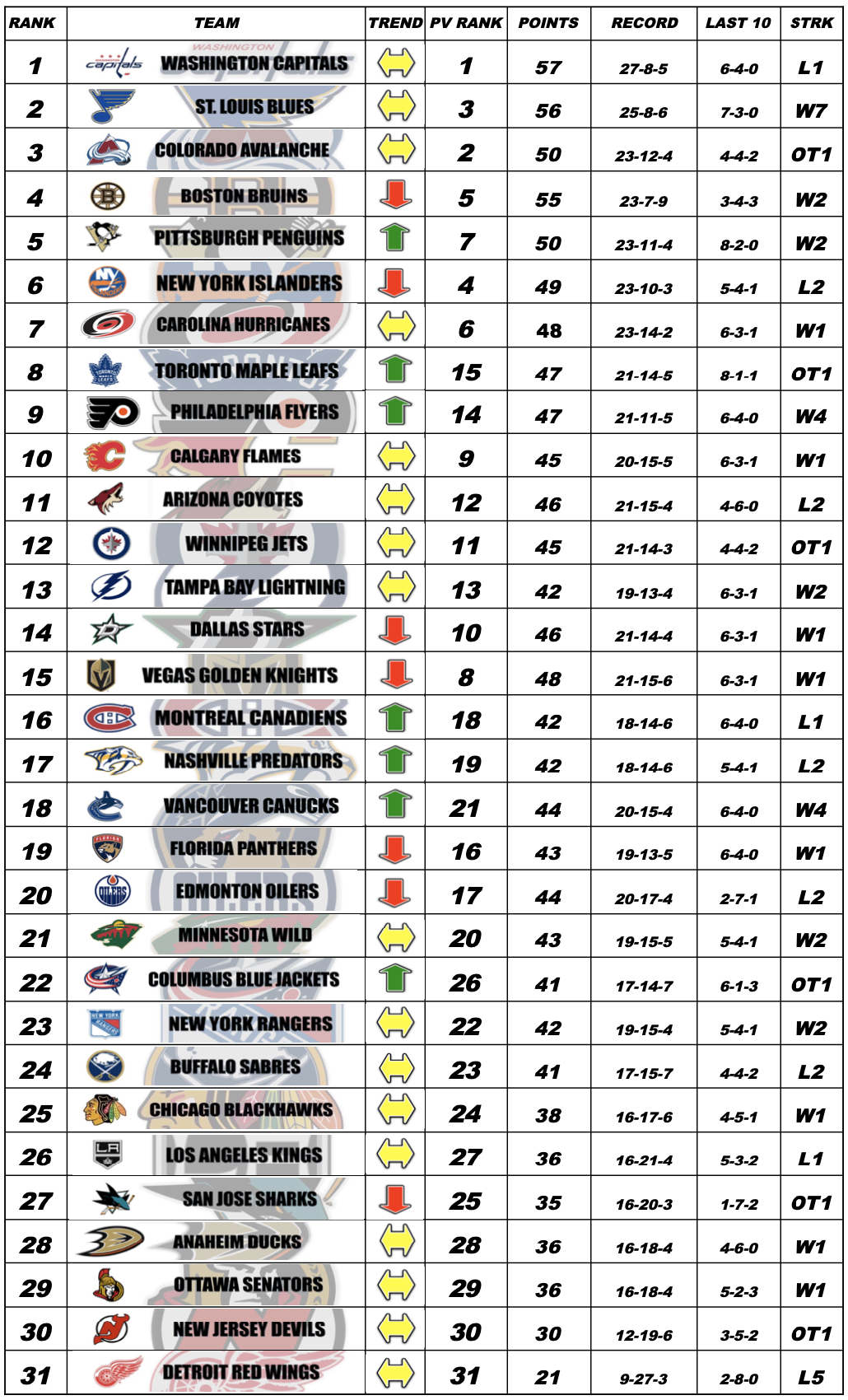