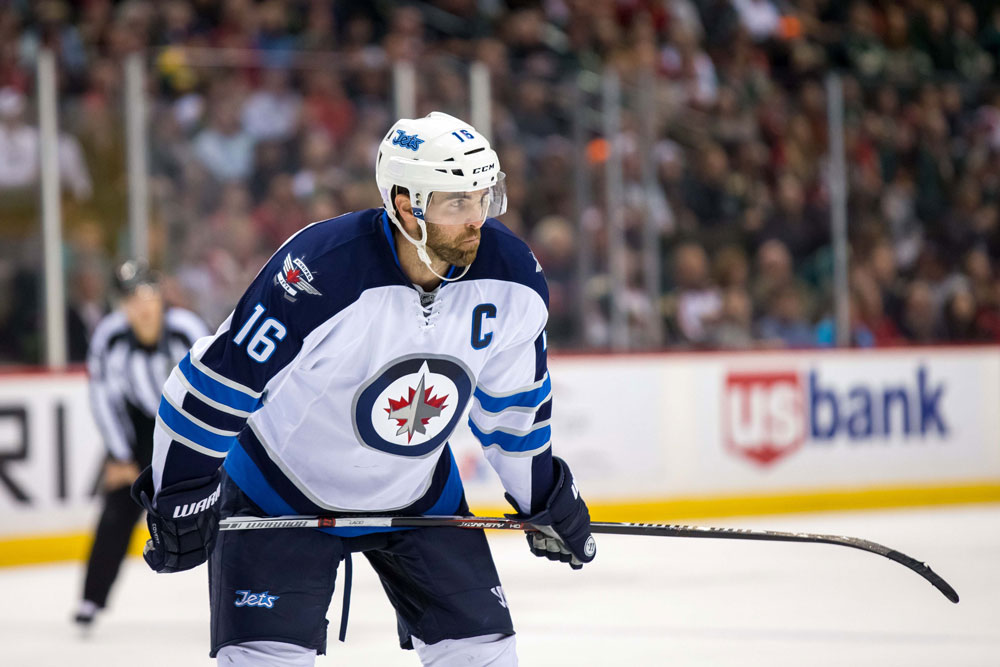 What is the right price for Winnipeg Jets forward and team captain Andrew Ladd? It will have to be a 1st round pick or two prospects. This would only be the case if the new team was able to sign him. If not the asking price as a rental player just may not be that hefty. The Florida Panthers would be a very good fit, as well as the Nashville Predators, and New Jersey Devils. All three of these teams may just be in need of a solid player for a playoff run.

I really think that the Predators should take a run on Ladd. He really fits their tough to play against mentality. Ladd and Ryan Johansson on the same line could very well shut down other lines as well as put up some solid points. They have enough cap space, and if the price is right they could really win in a deal like this.

Much like the Predators, I feel the Devils are another perfect fit for Ladd. They are a very annoying team to play, with gritty players, and Ladd is a great leader perfect for a team in a tight playoff race. Ray Shero the New Jersey Devils general manger loves to make big trades, and move first round picks, so I feel like this could very well happen. It’s a very good fit. Winnipeg just looks to be too far back in the standings to make a playoff run, and now just be the time to be sellers.  It was once thought that the Jets would push to resign Ladd, but the tides have turned and it looks as thought the Jets may push to resign big man Dustin Byfuglien.

There is some buzz going on in the hockey community about the Edmonton Oilers possibly going after a Anaheim Ducks defenseman, not sure who, but I have heard it’s one of their younger D, however I cannot confirm or deny this and is only speculating on a rumor. Cam Fowler seems to be the player at the center of these rumors. The Edmonton Oilers have the picks and prospects to make this happen.

This is pure speculation but if the New York Rangers are interested in Kevin Shattenkirk, I think Keith Yandle would make sense in a package to get him. I have also heard rumblings of the Detroit Red Wings gauging some interest.

Michael Grabner is said to have garnered some interest lately. I could see him fitting in with the speedy Montreal Canadians if the price is right.

James Reimer could be a good fit for a team that needs competition in net, keep an eye on Edmonton, Arizona, Calgary and Buffalo. Calgary looks to be the most logical landing spot. They need two goalies for next year, and Brian Burke has a history with Reimer and Toronto.

I am a passionate Pittsburgh Penguins fan from Pittsburgh. I graduated from Sports Management World Wide in Hockey Management and Scouting. I interned with the Wheeling Nailers of the East Coast Hockey League in the Hockey/Business Operations Department. I currently do independent hockey scouting services, blogging and podcasts.