Look out now NHL fans the New York Islanders are again proving they are for real.  Winners of 9 in a row and a crazy good 12-0-2 record at home has vaulted the Islanders up to 3rd in the power rankings.  The Vegas Golden Knights hold the top spot with a mirid of teams on their tail.  Teams moving up are the Washington Capitals who are up six spots who are 8-1-1 in their last 10, and the Calgary Flames who now have rattled off three straight with a new/old coach in Darryl Sutter. Teams on the slide are New Jersey with just one win in last ten games.  Boston who is down seven spots and Toronto who dip three spots due to a 5-5 record in their last 10.  Look out for the Hurricanes who have won eight straight. 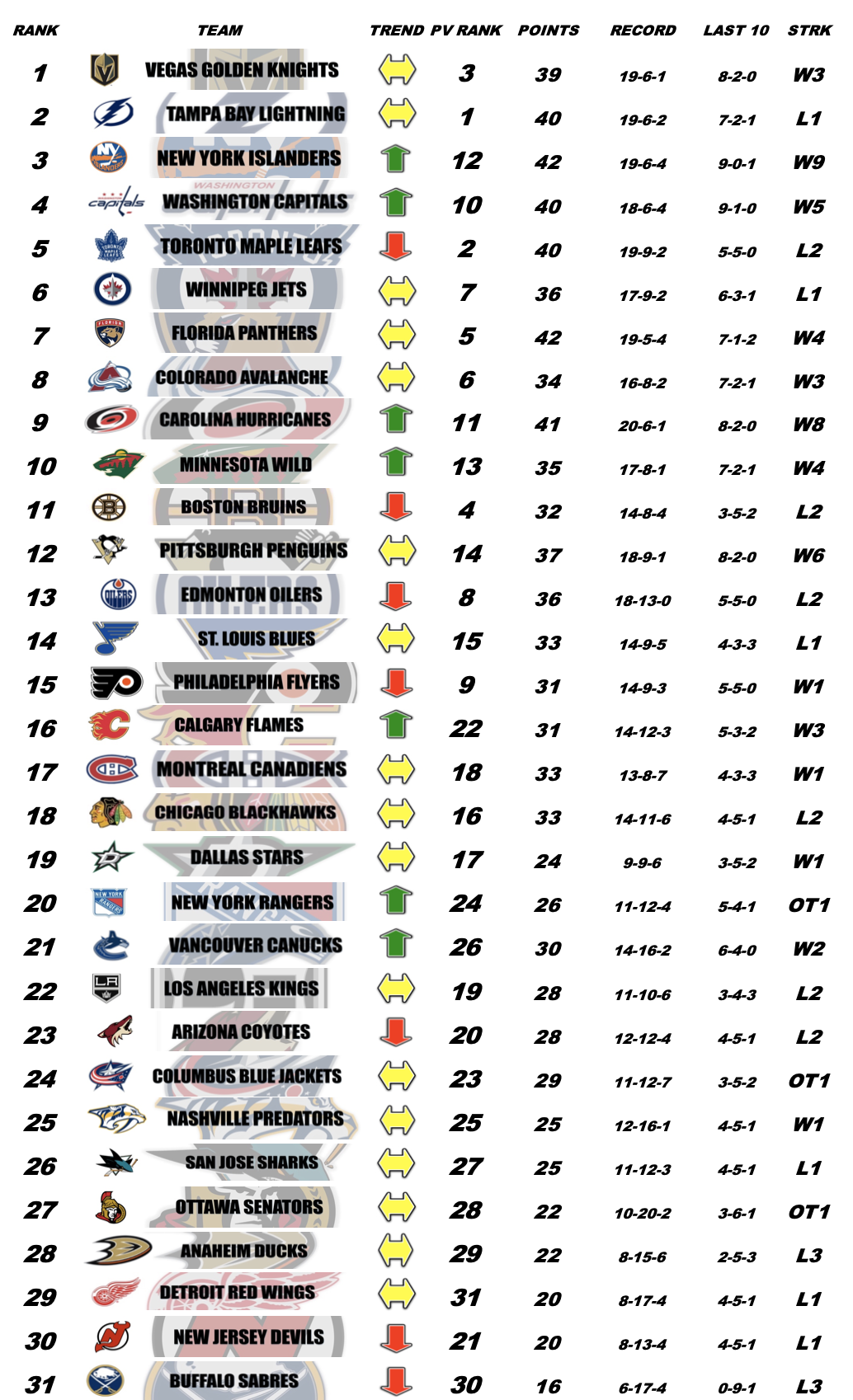