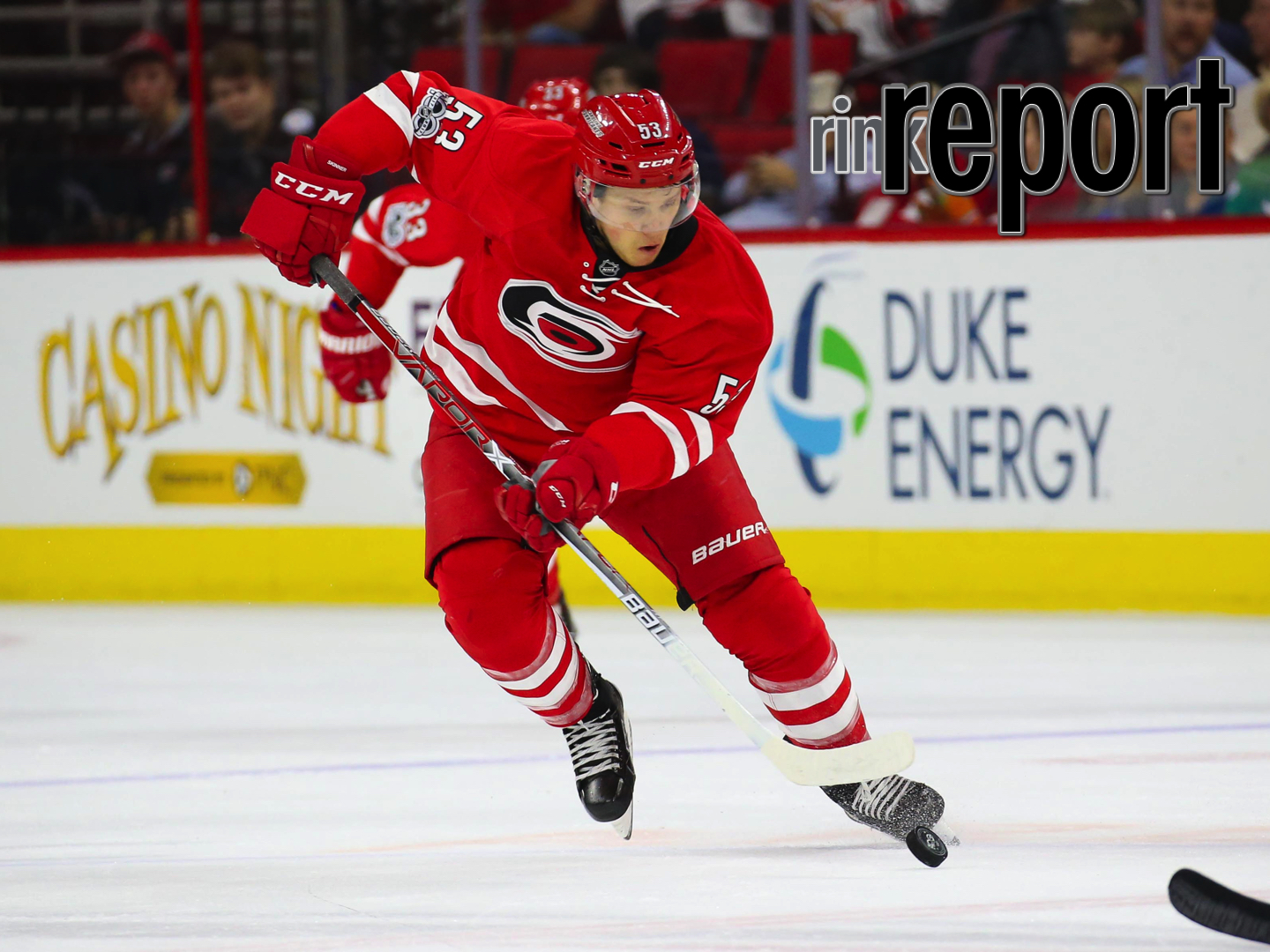 Five different skaters scored to power the Lightning to their fourth consecutive win.Victor Hedman (15-51—66) collected an assist to establish a single-season franchise record for points by a defenseman, besting the mark set by Roman Hamrlik in 1995-96 (16-49—65). The Lightning remained three points back of the Bruins for the last Wild Card position in the Eastern Conference.
Jeff Skinner (1-1—2) tied the game with 4:20 remaining in regulation and assisted onNoah Hanifin’s overtime winner as the Hurricanes extended their point streak to a franchise-record 13 games (9-0-4). Skinner has scored nine goals in his last eight outings (9-2—11).

The Maple Leafs (37-24-15, 89 points) and Bruins (41-30-6, 88 points) each secured victories to improve their chances of clinching a berth in the 2017 Stanley Cup Playoffs:
Auston Matthews scored his seventh game-winning goal of the season to extend his point streak to seven games (5-3—8) and guide the Maple Leafs to a 6-1-1 record in their last eight outings. Elias notes that Matthews moved within one game-winning goal of matching the single-season franchise rookie record, set by Howie Meeker in 1946-47 (8). Toronto maintained its hold on third place in the Atlantic Division and climbed within two points of Ottawa (41-26-9, 91 points), who lost in regulation.

Tuukka Rask (27 saves) picked up his seventh shutout of 2016-17 to match his single-season career high set in 2013-14 and backstop the Bruins to their third consecutive win.Brad Marchand (1-1—2) scored his 38th goal of 2016-17 to eclipse his single-season career high of 37 set in 2015-16. Boston kept pace with Toronto and reinforced its hold on the final Wild Card spot in the Eastern Conference.