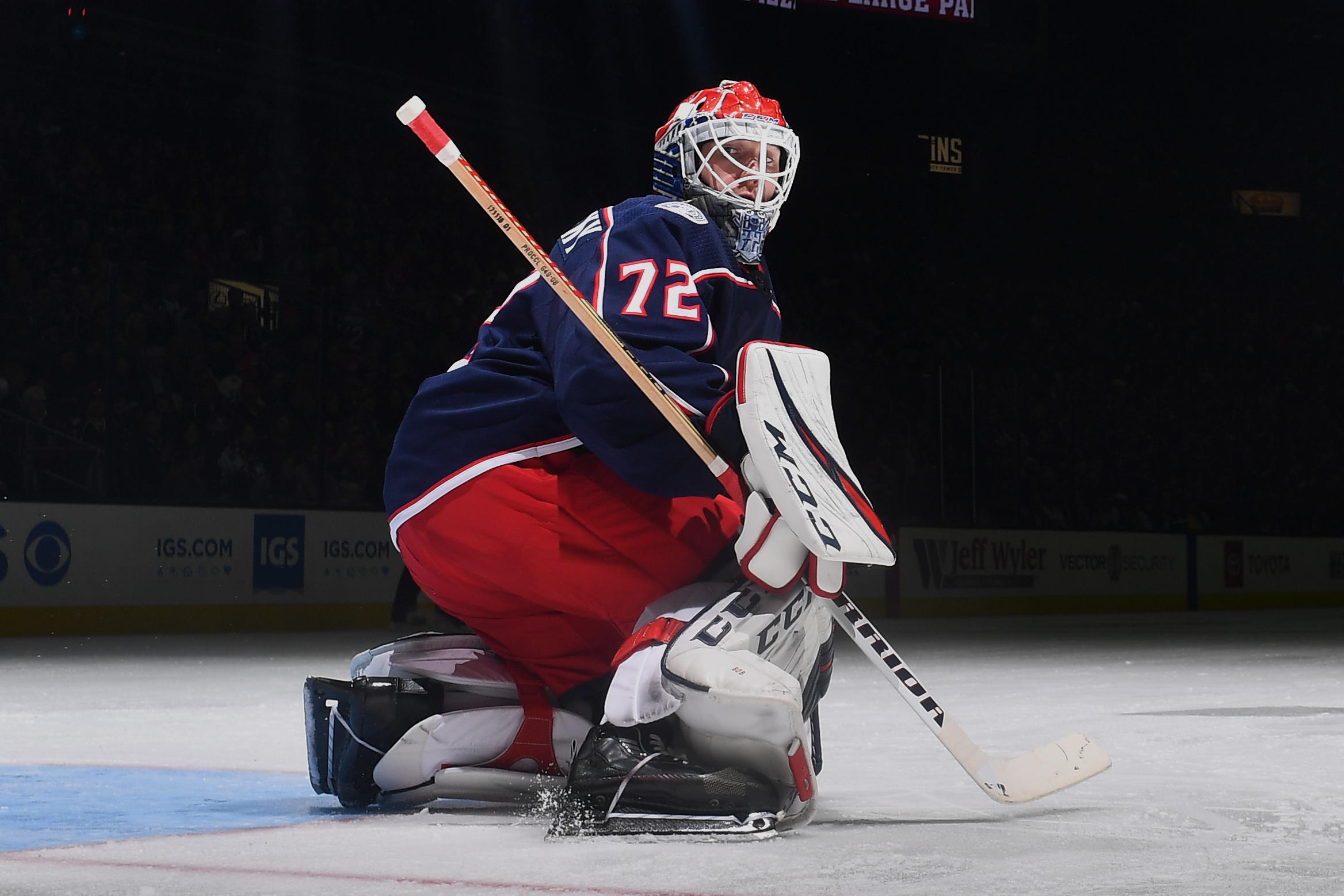 Bob and the Bread Man Exit?

Sergei Bobrovsky has said he wants to get paid…. The real question is which team is going to pay him? Columbus is pretty tight to the cap, and you have to wonder if they will lose both Artemi Panarin, and Bob both in the summer. Should the Jackets think of moving one or both if they begin to slide in the standings? It’s a tough call, you have to think some teams will come calling, but not many can afford his 7.5-million-dollar cap it. Calgary maybe- Mike Smith has been awful.

Its November 3rd, and the Vancouver Canucks are in first place in the Pacific Division. (yes you read that right). The Canucks are off to a fantastic 9-6 start to the season. A huge part of that has been the play of Rookie Phenom Elias Pettersson. With his 5-point effort last night he is now up to 15 points in his first 9 NHL games. And he missed 6 with a concussion. Brock Boeser scored a pair last night, Pettersson and Brock Boeser look unstoppable on the ice right now, and the hard working, pesky Canucks are learning how to win hockey games, against some good teams too. The Canucks have beat Calgary, Tampa, Pittsburgh, Florida, Boston, Vegas, Minnesota, and now Colorado. And with the likes of; Chris Tanev, Alex Edler, Sven Baertschi, and Brandon Sutter out with injuries it has opened up opportunities for Adam Gaudette, Derrick Pouliot, and Ben Hutton, who are now forced into roles they are not used to being in. The Canucks have injuries, but they are still finding ways to win. With such a weak division, it has some wondering if Pettersson, Boeser, and Bo Horvat can lead the Nucks to a surprise playoff berth in 2018-19.

The @Canucks win 7-6 in OT vs COL, as Elias Pettersson assists on the winner to finish with a 2G-3A night. He’s the youngest player in franchise history to record a game of 5 or more points

Torts and the Soft NHL

Sticking with the Jackets, earlier in the week Columbus Blue Jackets Head Coach John Tortorella didn’t hold back to the media when asked about the changes in today’s game. “There’s no Hate anymore”. I agree 100% with Torts on this one. I too think the NHL has become soft. You can’t make a clean hit anymore without there being a scrum post whistle. The Linesman need to stop being hero’s when it comes to fighting… if two players agree to drop the mits, let them duke it out, why is it that the linesman always jump in? it annoys the shit out of me. For people that think fighting doesn’t belong in the NHL look at the Calgary/Colorado game Thursday night. Av’s defenceman stepped up on Flames forward Mark Jankowski and leveled him with a clean shoulder to shoulder hit, and got 5 and a game for charging, Sam Bennett too matters into his own hands and dropped the glove with Cole, and it pumped the Flames bench up and it was the turning point of the game, as the Flames went on to score 5 goals in the 3rdto win the game 6-5. The NHL is too soft and it is painful to watch at times.

Has the game gone soft?

Not enough hate?
@BlueJacketsNHL coach John Tortorella says yes on both counts. Give this a listen – and give us your thoughts.
#TSNHockey @7ElevenCanada #ThatsHockey pic.twitter.com/8jb4ETo9GH

Man are there a couple unreal lines in the NHL. First I will start with the line in Boston. David Pastrnak, Patrice Bergeron, and the rat Brad Marchand. They have combined for a total of 22 goals, and 50 points in the first 12 games of the season.

On the other had the line in Colorado with Nathan McKinnon, Gabriel Landeskog, and Mikko Rantanen have a total of; 27 goals, 60 points.

If it was my call I would hands down last the Av’s line that line is just pure speed. With the Boston line your kind of in a shutdown role with Bergeron. The Av’s line is far more of a run and gun with the offence, McKinnon is turning into one of the Best Centers in the NHL, and a big part of that has been the resurgence of Capitan Gabriel Landeskog. There is a lot of good duos in the NHL but this trio right now is the best in hockey.

Pekka Rinne signed a two-year deal to remain with the Nashville Predators. 2 years 10 Million. He will earn 6 million in year 1 and 4 million in year two. This signing to me, means that Jussi Saros isn’t quite ready to take over the crease yet. If they were convinced, he was ready I don’t think they bring back Rinne. Preds still have to sign Captain Roman Josi.

Austin Mathews is on the shelf for the third time in three years. The last two times have been shoulder issues. It brings up the question… should the leafs worry about Mathews health? A couple shoulder injuries the pervious being a nothing hit from Jets defenceman Jacob Truba. The leafs should be fine in his absence. They after all do have John Tavares.