The Tampa Bay Lightning added some size to their roster that had an amazing year last year but exited the playoffs in just four games.  That size upgrade is paying dividends thus far in this years Stanley Cup Playoffs.  Tampa Bay is the hottest team winning seven of their last ten games.  Dallas is fighting to keep pace winning six of their past ten games.  Although only four teams remain there are some teams that are really on the move up such as Colorado, Vancouver and Edmonton.  There is also a few on the down turn such as the Washington Capitals, Nashville Predators and the Arizona Coyotes. 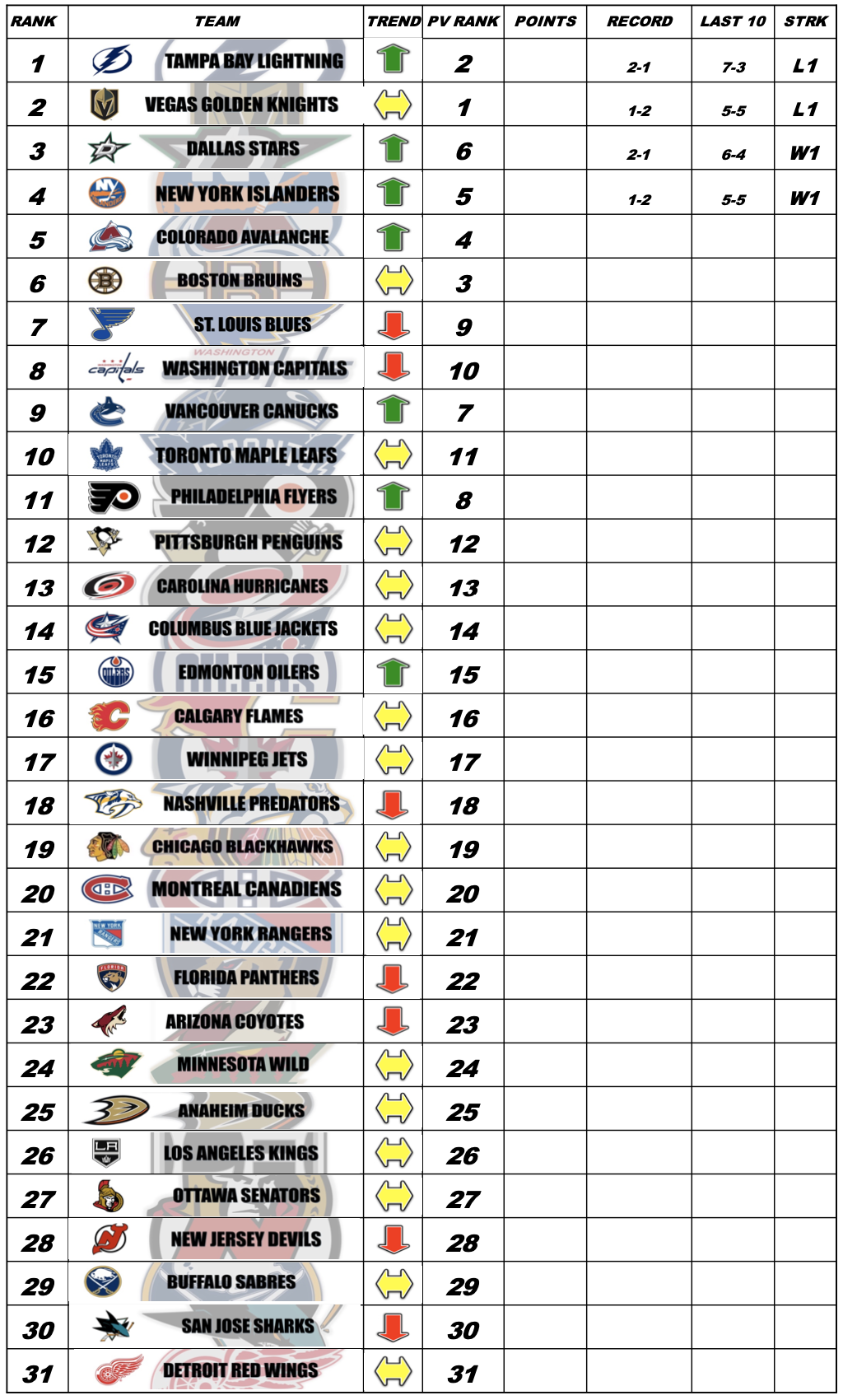