The Colorado Avalanche have hit full stride.  Points in ten straight vault then eight spots into the #1 slot. Nashville also takes a jump up eight spots into a playoff spot after winning eight of ten games.  Teams on the move down include the Calgary Flames who have just won three of their last ten games and the Philadelphia Flyers.  The Flyers have won only four of their last ten games and now surprisingly find themselves out of a playoff spot. 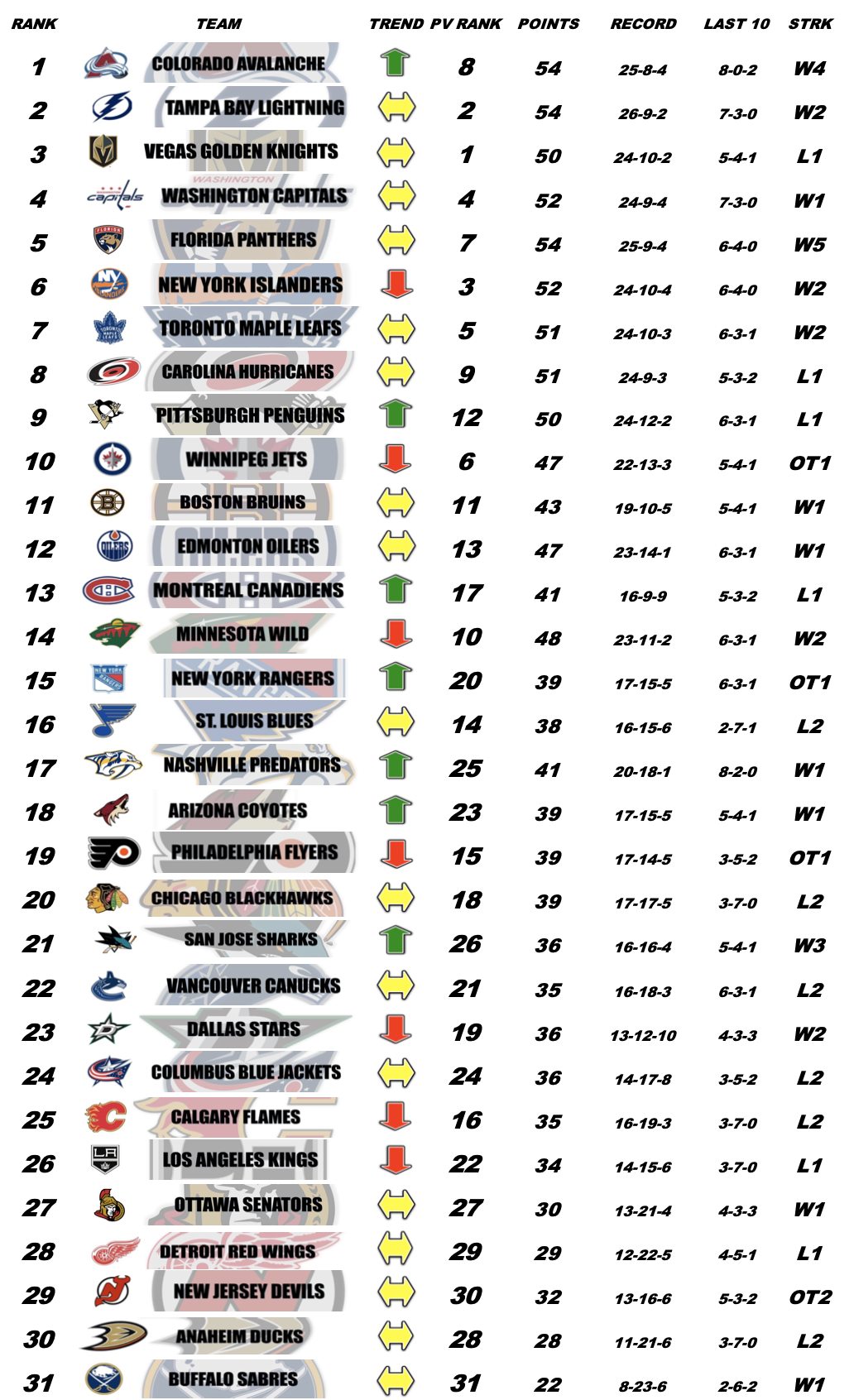