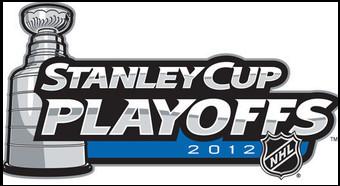 This is going to be another tight checking, low scoring battle.  The two teams both struggle with goal scoring, but feature great goaltending.  I look for this one to be a very tight series.  The key to Phoenix winning is the stellar play of Mike Smith in net, and the clutch scoring of Mikkel Boedker.  The key to a Nashville win is the continued great play of Pikka Renne in net, and increased scoring by Marin Erat, and Mike Fisher.   I look for the experience of Rinne to be the difference.

Like the other Western Conference match-up this now will also be a defensive battle.  Goals will be tough to come by, but the match-up looks to be very exciting.  The key to a St. Louis victory is the continued play of Andy McDonald, Patrik Berglund, and who can leave out that Brian Elliott must remain solid in net.  The key to a Kings series victory is one guy Jonathan Quick.  He has been everything in net for this team.  It is also very important that Jeff Carter and Mike Richards increase their point output.  The difference in this series will be Quick in net, and the deeper scoring potential of Los Angeles.

This one is interesting, and a little unexpected.  With the Capitals inconsistent regular season, and with a third string goalie in net, I did not think that they would be here.  I look for this series to be a little more open.  Both teams preach defense, but I expect it to be a little more open.  The key to a Rangers success is hard work, and to minimize the mistakes.  Marian Gaborik must also elevate his offensive presence.  The key to a Washington victory is Braden Holtby.  This kid must stay strong.  The offensive output of Alexander Ovechkin must increase.  I look for the consistent play of New York, and the goaltending experience to be the difference.

Will anyone be able to stop the offense of the Flyers.  This looks to be a physical free wheeling series, that should feature a lot of goals.  The key to a Flyers win is to continue the emotion, and confidence from the Pittsburgh series.  Ilya Bryzgalov must improve his play in net, they cannot let in as many goals as they did against Pittsburgh, and expect to win.  The play of Claude Giroux must continue, and the grit of Scott Hartnell is very important to the teams success.  If the Devils are looking to advance, it starts in net, and on defense.  Martin Brodeur must sure up his game.  There were many times in the Florida series where he looked shaky.  The defensive play must also improve.  Ilya Kovalchuk must go both ways on the ice.  Zach Parise and Travis Zajac cannot cover for him defensively for another series.  With the emotion, and confidence that Philadelphia has right now, I do not think that the Devils will be able to contain them.

Well lets drop the puck on the conference semi-finals.  I can’t imagine it will be as exciting as the last round.  I guess I will have to sit back and watch.  Enjoy!