I am hoping and praying that this is not the final NHL Power Rankings of the 2019-2020.  On March 12, 2020 the National Hockey League made the difficult decision to shut down the regular season due to the Coronavirus outbreak.  As soon as play resumes we will start up the power rankings again.  The Boston Bruins hold the top spot.  Colorado is a team on the move.  They move up to the #3 power ranking.  They are 7-2-1 in their last ten games.  They are surviving a ton of key injuries and they are peaking as the post season approaches (we hope).  Vegas jumps up four spots because of a 8-2-0 run and Winnipeg also makes a strong push winning four games in a row.  The Penguins are slipping, a 3-7-1 run will do that.  Another team that finds themselves hanging onto a playoff spot is the Dallas Stars, losers of three in a row and a horrible 3-5-2 in their last ten games.On a irrelevant but bright not the the Los Angeles Kings have won seven games in a row. 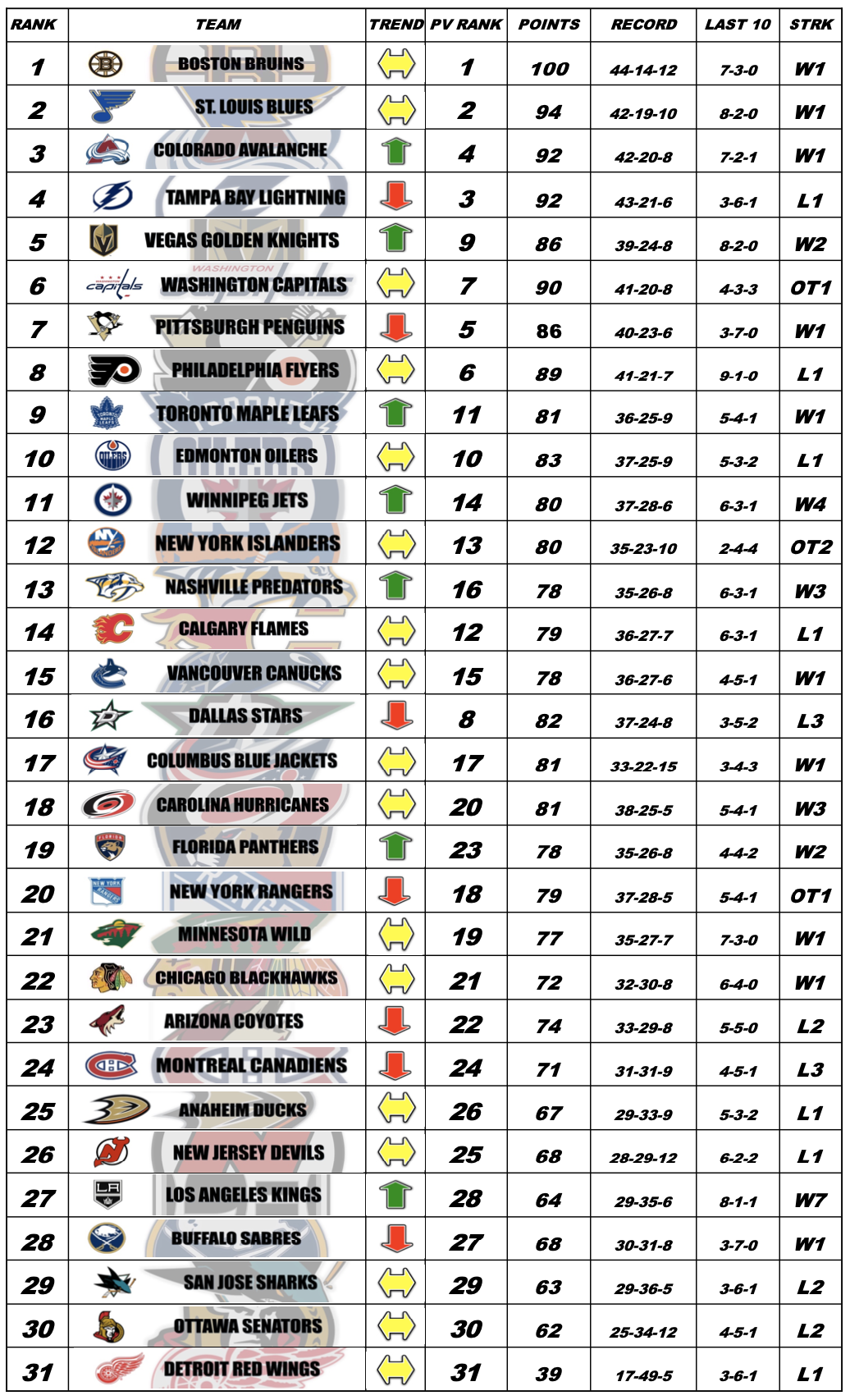 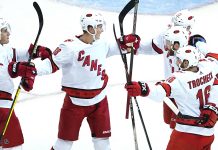 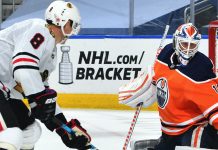 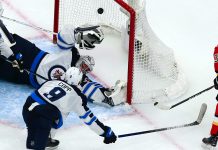