We have a new team at the top.  The Boston Bruins move up one spot into the top spot.  The Vegas Golden Knights are the hottest team in the NHL.  They are winners of 8 games in a row, leaders of the Pacific Division and up 8 spots to the #6 ranking.  St. Louis jumps four spots with seven straight wins.  Nashville and Minnesota are also teams moving in the right direction.  Teams headed the wrong way are Pittsburgh.  Losers of six straight and Vancouver losers of two in a row and just four wins in their last ten games.  Last weeks #1 rank Tampa Bay Lightning fall two spots to #3 rank with a scary 1-4 record in their last four games. 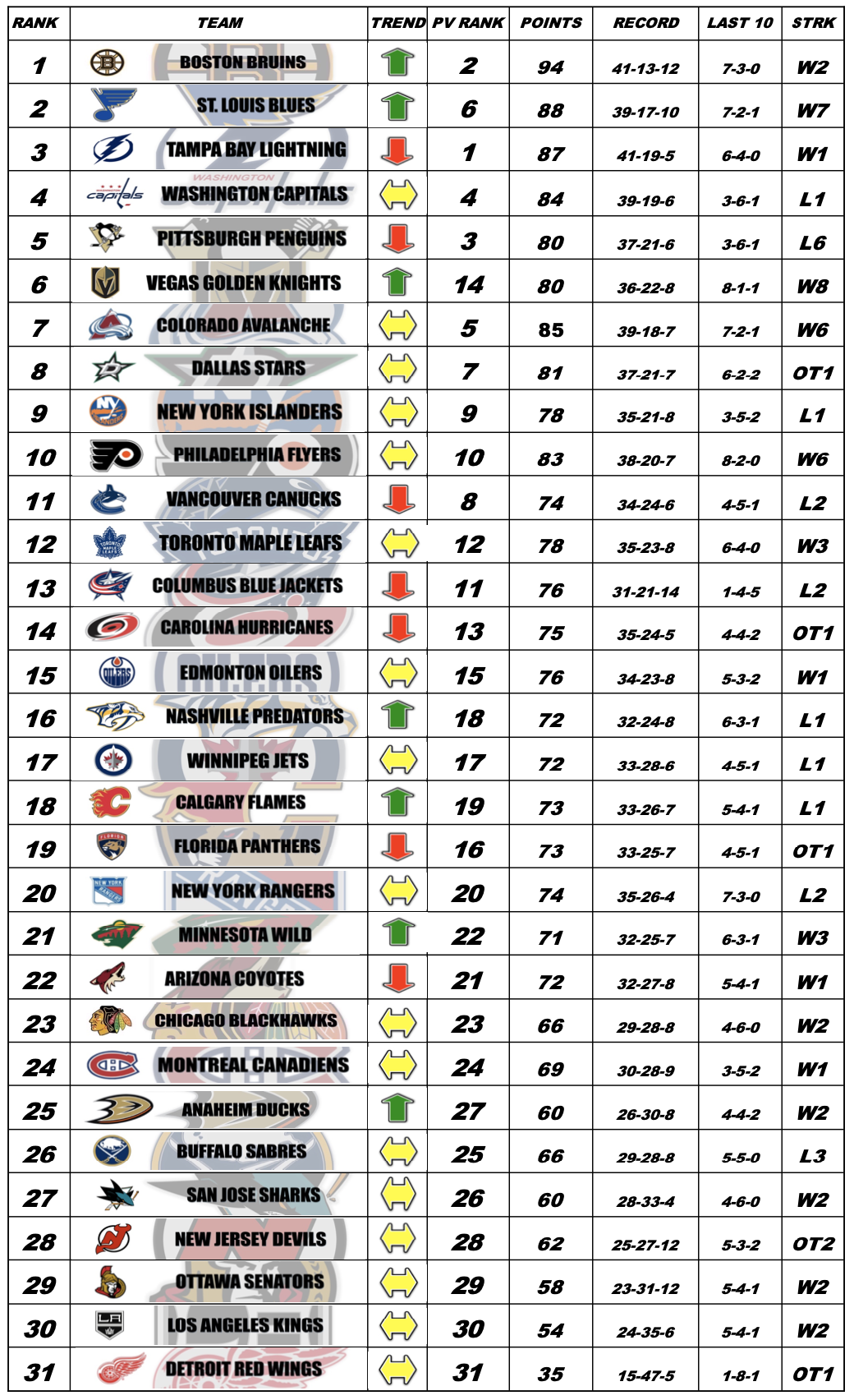